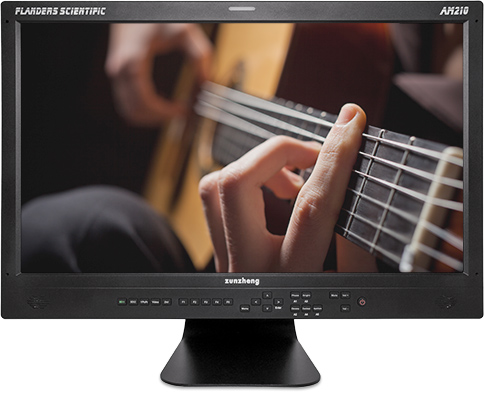 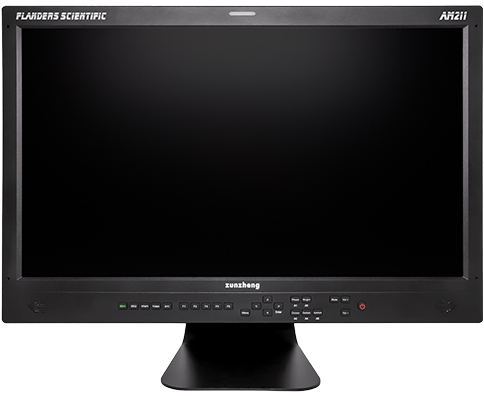 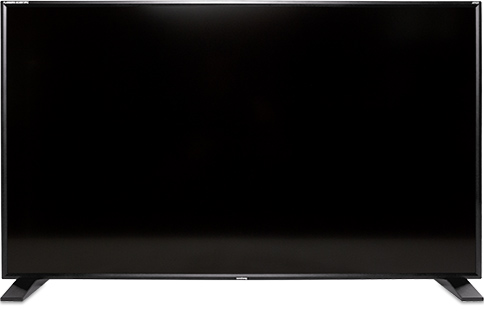 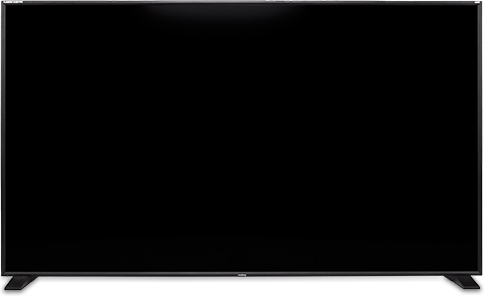 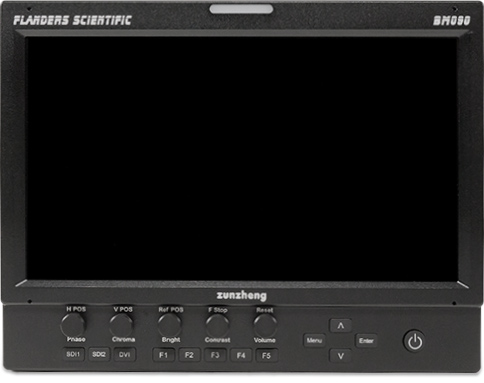 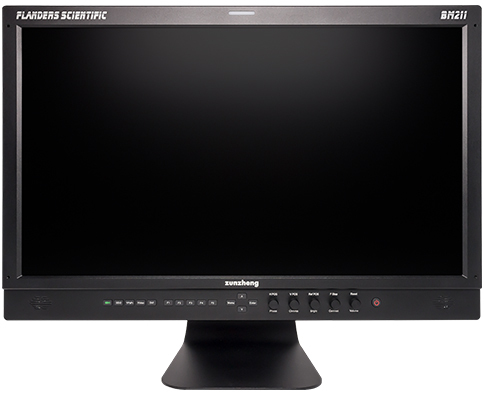 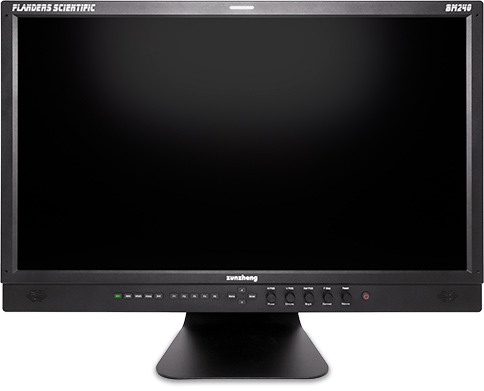 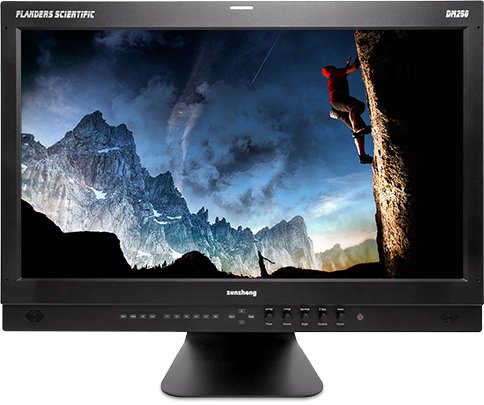 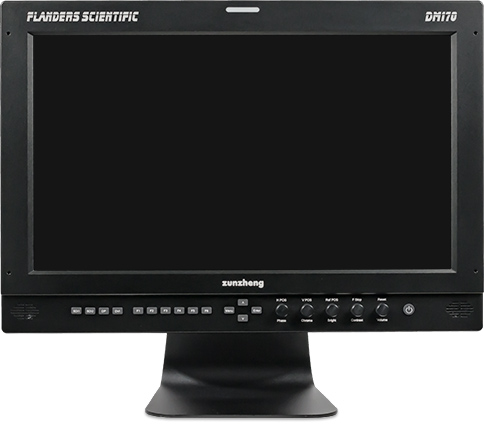 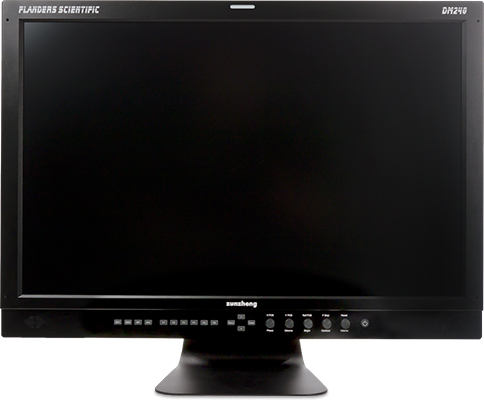 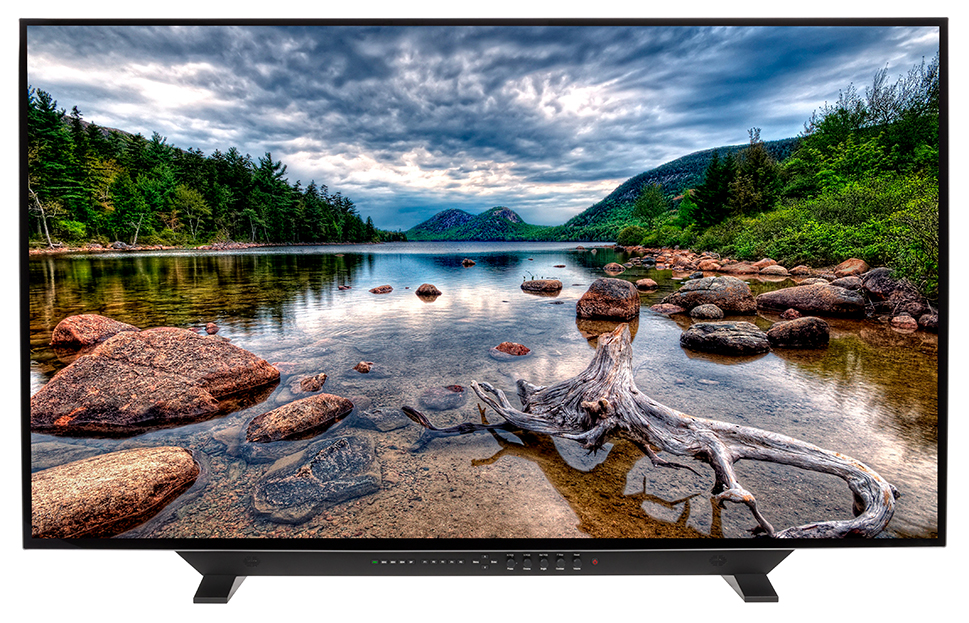 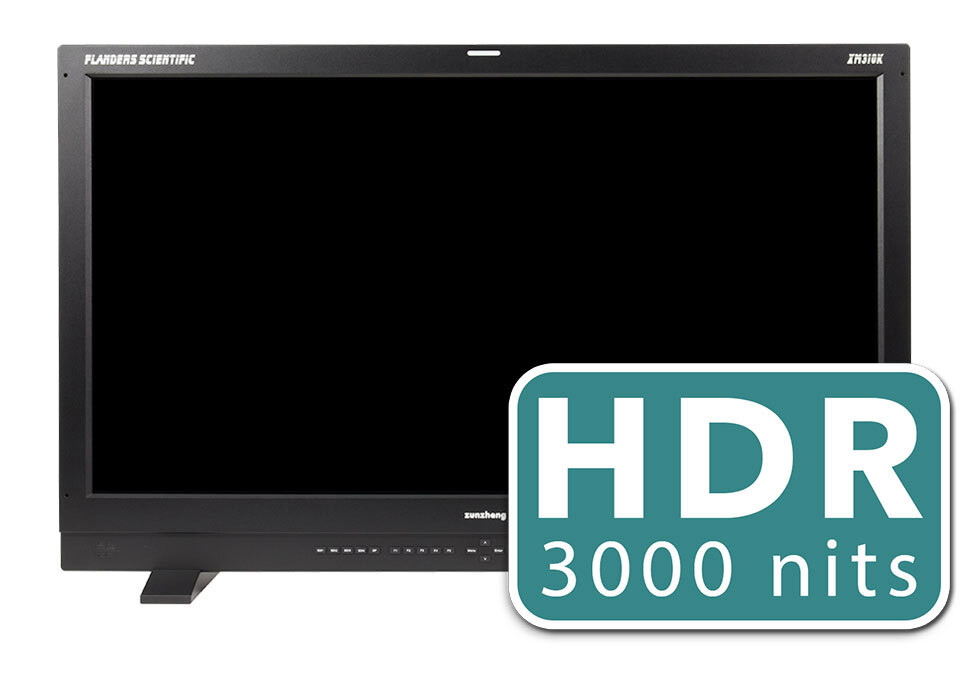 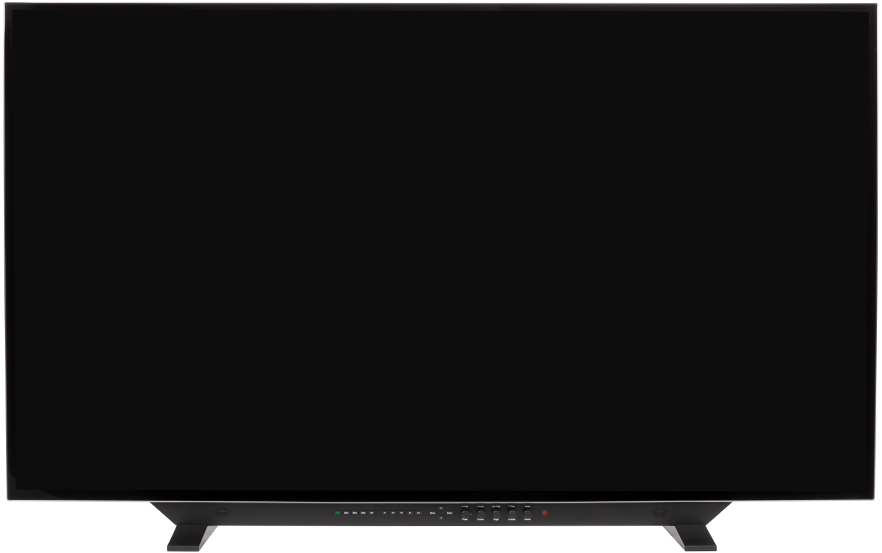 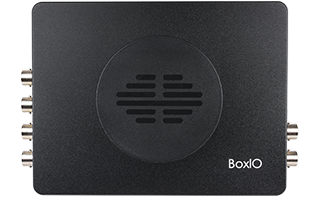 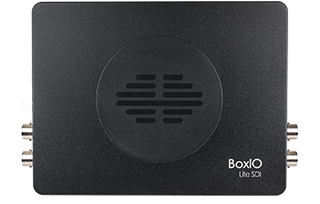 Two basic ST2084 (PQ) Preview Modes are offered, ST2084-Clip and ST2084-SoftRoll. These can then be further combined with a variable gamut selection. Before exploring the difference between Clip and SoftRoll options let’s review some key monitor settings normally used when in HDR Preview Mode. PQ is nominally full range so (assuming a normal HDR workflow) you will want to ensure that the monitor is configured in full range:

Next, you will select the appropriate color gamut on the monitor. The HDR Preview Modes will work with any color gamut selection, but typically HDR is intended for use in Rec2020 or P3 gamut. A white point of 6500K is also typical and should be selected if not already active. The gamma selection should be left at default of 2.4 on the monitor as the Preview Modes are built with a baseline native monitor gamma response of 2.4 in mind.

Next, activate one of the two available HDR Preview Modes:

When activated, the monitor is automatically configured to a custom 300nit peak luminance output so the normal Luminance Mode toggles will become greyed out.

The two ST2084 Preview Modes serve two distinct purposes and switching between them depending on the application needs or shot parameters is common.

ST2084-Clip will follow the PQ EOTF response precisely up to 300nits. For code values representing luminance targets over 300nits the signal is simply clipped. Under 300nits the on screen mapping will be very similar to a true HDR reference monitor. ST2084-Clip is ideal when monitoring signals with relatively low average picture levels and/or with peak signal levels generally limited to 300nits. When dealing with HDR signals in this range the ST2084-Clip mode will do a surprisingly good job of matching HDR reference displays. ST2084-Clip mode is not well suited to monitoring high average picture level signals or signals with a significant amount of highlight detail over 300nits. For such signals, ST2084-SoftRoll is much more suitable.

ST2084-SoftRoll follows a PQ EOTF reference response accurately to approximately 100nits. Above 100nits a soft roll is implemented in the EOTF, whereby the output luminance level no longer corresponds precisely with the input code value’s target luminance, but importantly increasing signal code value levels continue to result in actual increasing luminance output on screen. The result is that while the monitor no longer tracks along the PQ reference EOTF exactly, highlight detail present in the signal remains visually distinguishable. This can be a great tool for ensuring that information is not being sensor-clipped at the camera and it more generally gives operators a usable image even when the signal represents higher average picture levels. 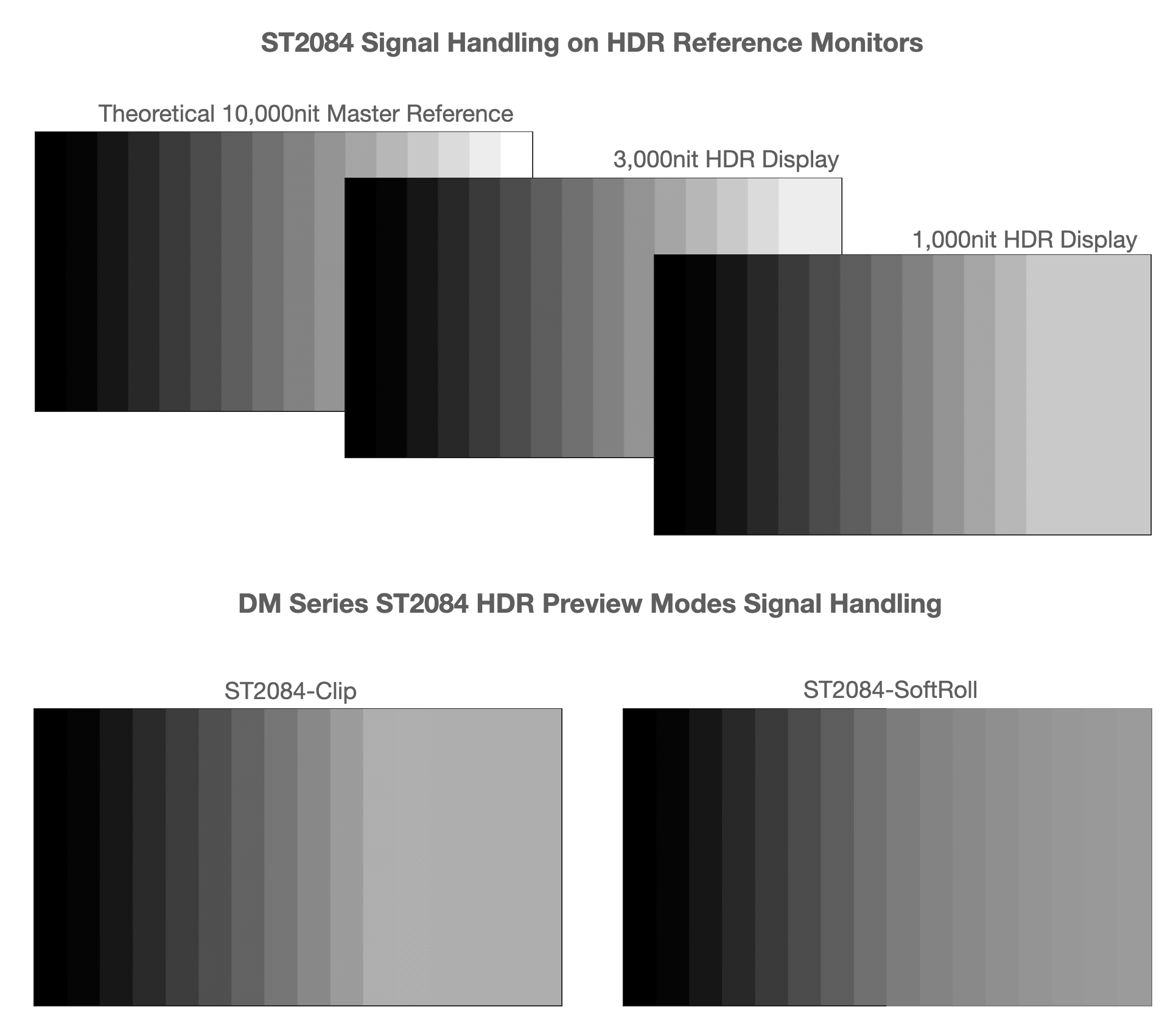 The HDR Preview Modes are incredibly powerful as a very affordable HDR signal monitoring solution, but they do not represent a replacement for reference level HDR displays. Specifically, while the Soft Roll functionality does allow users to continue to see highlight detail present in the signal, something no SDR monitor will be able to do well is mimic the color volume of an HDR display.

Users are sometimes surprised to note that one of the more apparent visual differences between a true HDR display and an SDR display in HDR Preview mode is not always so much a perceived luminance difference, but rather a perceived saturation difference. It is precisely the HDR display’s ability to preserve saturation at high luminance levels that give it a much larger color volume. The increased perceived colorfulness of HDR displays is physiologically explained by the Hunt Effect, which in essence describes a visual phenomenon whereby any fixed chromaticity (or you may want to think of that as any fixed combination of hue and saturation) appears more colorful as you increase its luminance. With this in mind, we see that the SoftRoll function may serve users well for tasks like protecting highlight detail, but color-critical decision making should be left to proper HDR monitoring on a professional HDR reference display.

*simulated image for illustrative purposes only